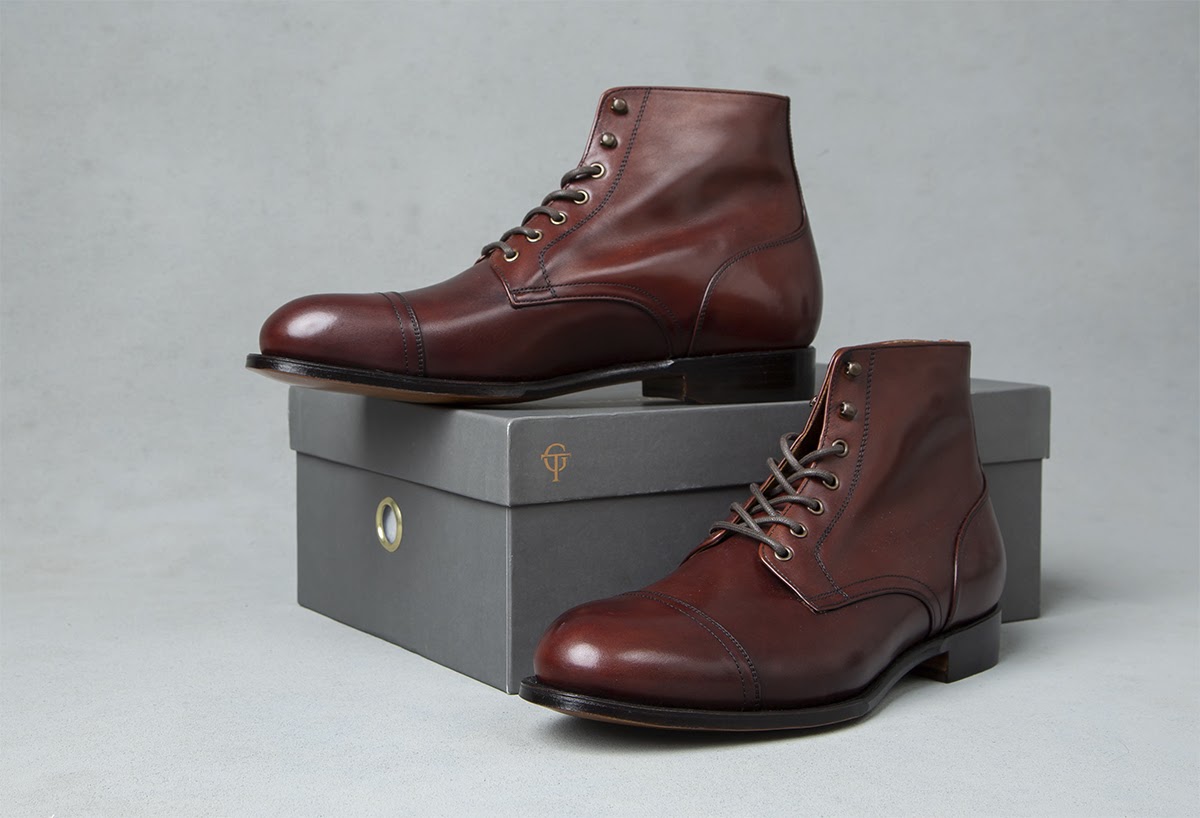 In developing the service boots for the 2020 Collection we looked to Australia's military heritage for inspiration. In no short supply. In part one and two, we looked at the major service boot iterations in both World Wars. A pattern emerged, despite efforts best efforts, that the boots were often one step behind the footwear needed for the terrian and climate the Australian troops found themselves fighting in. But time and time again, like the feet who wore them, they endured, they adapted, and ultimately helped an Army in its contribution to victory.  This impressive heritage inspired us to want to create an enduring service boot of our own. It was an ambitious task. We have big shoes to fill - no pun intended - but we feel we've paid due respect to this boot of national significance.

The first thing agreed upon was to stay true to the service boot's classic, basic design.

It would be ankle high, open lace, have backstay, counter, vamp and quarter. No aesthetic moderations, such as broguing, large toe puffs or other artistic freedoms - although we did depart from the standard 6 to 8 eyelet.

Our boot last was made by Spring Line and is a classic service boot last in every sense of the world. [description required] We promptly named it the "Jacka Last," after Albert Jacka VC, Australia's first Victoria Cross recipient in World War One.

Creating an enduring legacy requires several ingredients. A compelling brand and a unique selling proposition that creates interest and ultimately sales. But the cart always comes before the horse so you need a solid product first.

We departed from the basic construction method of the 1912 model and the Brass Nail Construction method used in the 1916 model (similarly used in the 1918 Pershing Boot of U.S. Army fame). We constructed our boots utilising the Goodyear welt and Stitchdown methods. One is a slight variation of the other, the other slightly more complex; but both require a skilled craftsman to stitch the sole to the leather upper, an exercise that usually takes over 100 steps per shoe. The benefit of constructing a shoe this way is that they become extremely durable and, unlike commodity footwear, can be resoled for years after.

Unlike the 1912 model, no reconstituted leather was used in our soles, which consist of a leather insole, a midsole and outsole. We also didn't triple sole our boots, as our winters just don't call for it. For the sake of floorboards everywhere, studded rubber or (hidden channel) leather sole was selected over metal cleats and "cutlan nails".

In researching the different patterns throughout the First and Second World Wars, the 1912 Service Boot was a clear favourite. It seemed a boot designed for Australia's climate, which is why it served the Diggers so well in the warmer Gallipoli months. We fell in love with its simple design, its utility and how robust it turned out to be in the undulating terrain. The Turon was also inspired by legendary bookmaker John Lobb's time in the Turon valley, never finding gold but striking it rich cobbling boots together for miners.

Therefore, having a stand-alone brown service boot with a relatively uncomplicated construction was necessary.

Of course it was not a carbon copy. We employed French Calf, whereas the 1912 Service Boots seemed to use whatever leather was available to the bootmaker at the time - Kangaroo being relatively available. Unlike the 1912 model, we did not use any reconstituted leather in the sole, but rather employed a Stitchdown construction with full leather in-sole and cork footbed. To play it safe, and to protect floor boards, we decided against 'Cutlan nails,' instead opting for a studded rubber sole by Vibram.

The Brooke Cap Toe Service Boot (named after poet Rupert Brooke, who is buried at Gallipoli) is our newer model. Like the 1916 Model, it has a more complex construction, being Goodyear welted, and also has a closed channel leather sole. It appears that many of the boots from 1916 and 1934 models had quite a bit of red in their patina. It is unclear if this was an emerging style, a result of common dyes used at the time or simply fading of its original colour. Either way, it inspired us to create a variation in Dark Oak French calf leather, a brown with quite a bit of red running through it.

We also went with a black calf variation. The General Purpose (GP) Boots worn by Diggers in Vietnam were also black but the GP boot was strikingly different from the service boots used in the previous conflicts, so it was not a consideration in the design process; although, the parade boot, common to most Commonwealth forces, was.

FIND OUT ALL THE NEWS AND LATEST STYLES BEFORE EVERYONE ELSE

keep tabs on our progress

Keep tabs on our start up journey as we seek to evolutionise men's footwear in Australia.

By clicking enter you are verifying that you are old enough to consume alcohol.

Your cart is currently empty.