The Oxford shoe is a foundational item for the well-dressed man. It is the style of choice for Kings, Prime Ministers, businessmen. With its clean, classic cut, it offers a great canvas to build an ensemble on, and more often than not it simply binds everything together in an elegantly understated way.

The history of the Oxford

The origins of the Oxford shoe are a bit foggy. It is said that the Oxford shoe originated in Scotland. It is also said that it is a descendant of the heeled boots worn by French and English gentry in the 17th and 18th centuries.

However, it is most certainly linked to Oxford University. By around 1830, students from the university had begun to try their hand at a bit of DIY footwear. The standard knee-high boot, known as the 'Oxonion,' was turned into a 'half boot', throwing form out the window as utility eventually does. While not the 'birth' of the Oxford per se, it certainly was a watershed moment for this shoe and footwear.

An Oxford’s most distinguishable characteristic is in its ‘closed lacing’ system. As shown in the infographic below, the eyelet tabs are sewn under the vamp of the shoe. This, together with an Oxford’s low heel and exposed ankle, gives it a clean, streamlined silhouette. 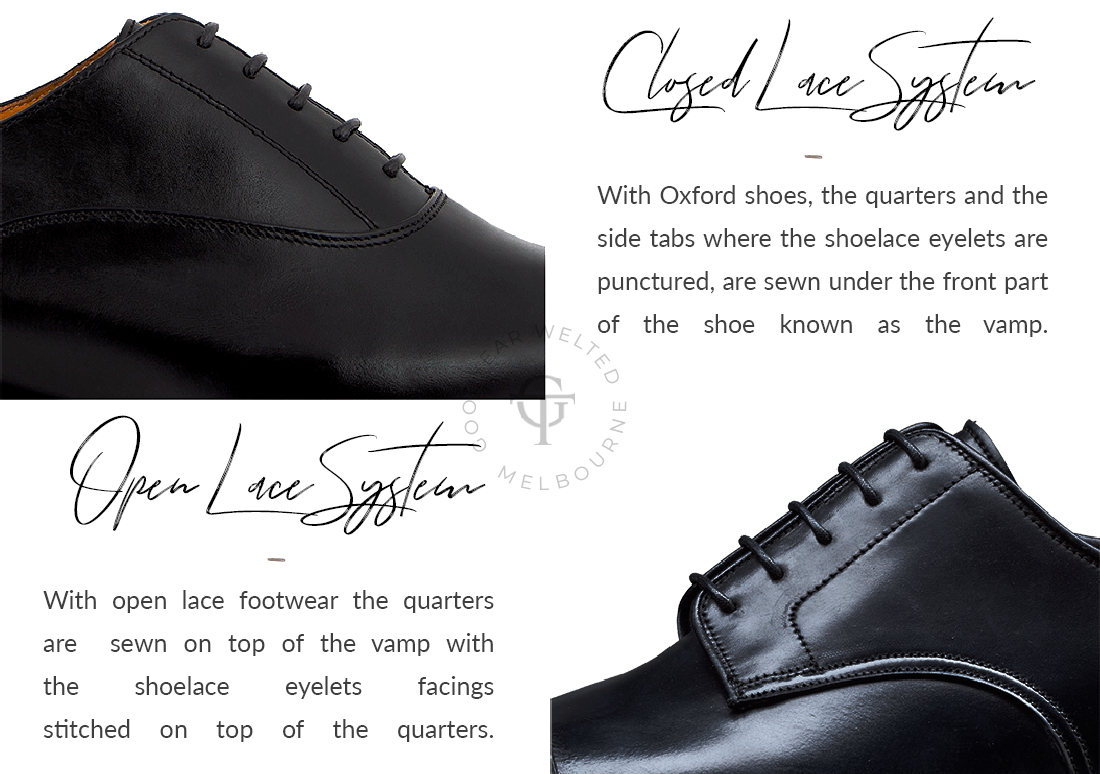 In the movie Kingsman, there is a memorable line when dapper agent Harry Hart imparts some much needed sartorial "wisdom" to the young protegé, Eggsy: "Oxfords, not brogues."

The sentiment is admirable, but not technically correct. As Sven Raphael Scheider from The Gentleman's Gazette explains, "Oxfords are not always Brogues though they sometimes are and Brogues are not always Oxfords though some of them can be." To put it simply, Oxfords refer to the shoe's lacing system (as discussed above). An Oxford shoe can have a cap-toe, it can have a plain toe, it can also have decorative perforations and serration along the leathers' visible edges, known as 'broguing'.

A black Oxford is a perfect choice for formal occasions, such as weddings, formal dinners, and even black-tie events (if your high-shine game is strong). It is also a stalwart in traditional suiting and pairs well across many fabrics and colours. Its purpose isn't to stand out but to make everything else work. If the understated isn't your thing, try your hand at high-shine to really turn heads. 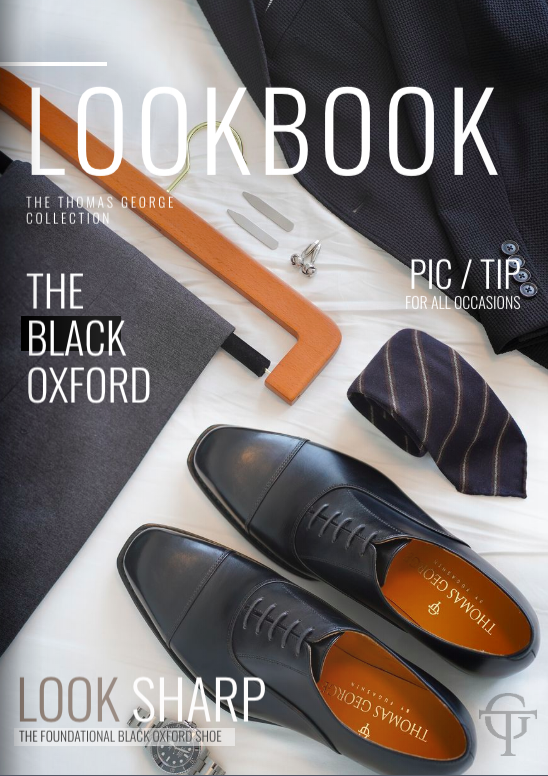 You can’t go wrong with a pair of black Oxfords for work. For a slightly less formal feel, try brown. A brown Oxford should be considered a foundational item and pairs exceedingly well with charcoal, flannel grey and navy. Burgundy and dark oak are other colours you may find around the office and they both work well with light grey, black and navy. In terms of formality, black ranks most formal, brown and then burgundy/oxblood/dark oak.

The versatility in Oxford shoes means they work very well on semi-formal occasions. Popular style variations for semi-formal ensembles include the Oxford-Brogue suite, including our popular semi-brogue Oxford. This versatile style looks great in chinos and a sports jacket and is the shoe of choice for that Country Gentleman look.

Surprisingly, Oxfords work for dressed-up casual, even everyday wear. Once upon a time, wearing Oxfords to casual events was tantamount to treason, but dress codes aren't static and shoemakers like Jeffery West continue to push the boundaries with their devilish high-end footwear: One would most likely find their Oxfords on a biker than a banker. Two-tone colours, burnished leather wholecut Oxfords and even our light brown semi-brogue Oxford can work well with more casual ensembles, including chinos. 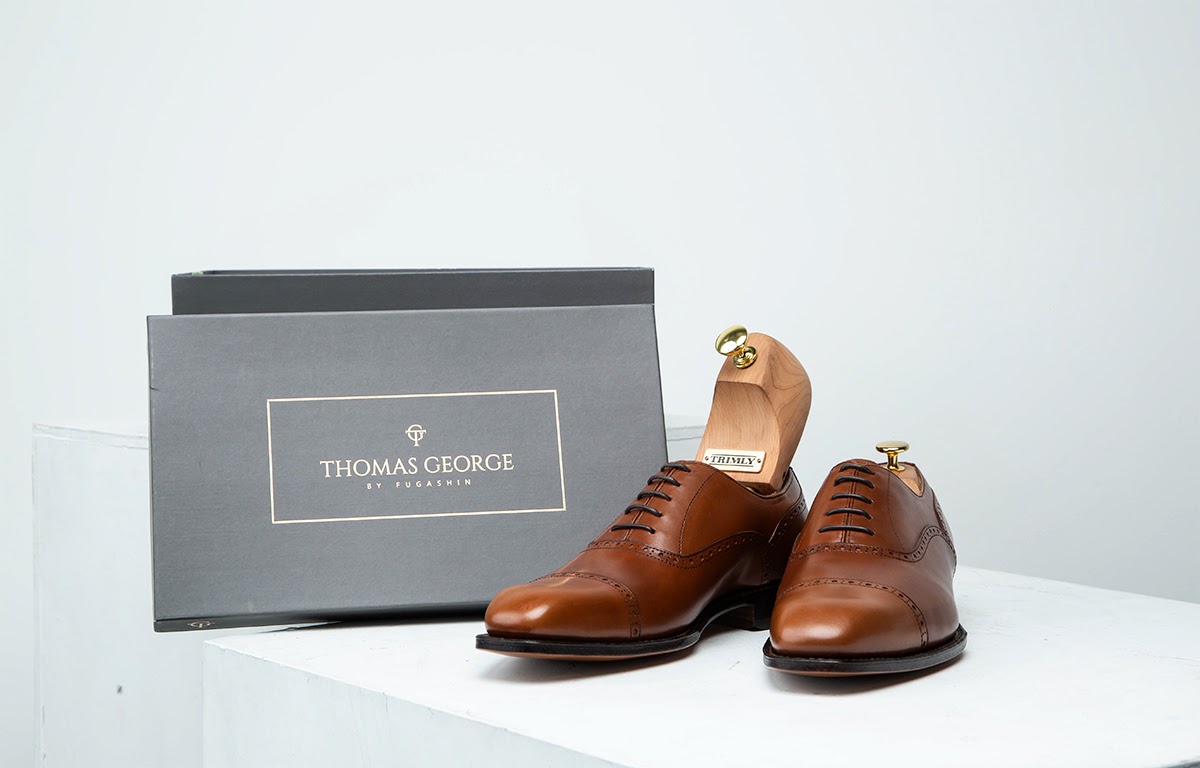 How an Oxford shoe should fit

Oxford shoes fit closer than other shoes. The closed-lacing system means they do not have much room for adjustment, so a common observation by men with wide feet or high arches is that they are a tighter fit. The best way to check if your Oxfords fit correctly is to ensure there is about 1/8th of an inch (0.32cm) between the facing tabs at the top of your laces. Ensure the heels fit closely, don't slip when you walk and the toes aren’t touching the end of your Oxfords.

At the Thomas George Collection, we understand that all feet are different, that’s why we offer free returns if our Oxfords don’t quite fit.

FIND OUT ALL THE NEWS AND LATEST STYLES BEFORE EVERYONE ELSE

Be the first to know, get exclusive offers, and learn about quality men's footwear.

By clicking enter you are verifying that you are old enough to consume alcohol.

Your cart is currently empty.